Top Destinations In The UK for Summer Visits

Jul3s 2021 Blogs best places in uk for a day trip, holidays, magical places to visit uk, Staycation, Staycation not Vacation: Feel Inspired, summer holiday, Top Destinations In The UK for Summer Visits, top destinations uk, Where should I go in the UK now?, where to stay 0

Top Destinations In The UK for Summer Visits

Summer is a perfect season to enjoy the best holidays. Fortunately, the UK offers a plethora of places to visit for the best holiday experience. Moreover, you can take a road trip to these destinations with your car and caravan, motorhome, or any vehicle of your choice.
Here are some top summer destinations to visit in 2021.

The Cotswolds cover nearly 800 square miles and runs through Worcestershire, Wiltshire, Oxfordshire, Warwickshire, and Gloucestershire. Famous for its beautiful honey-coloured villages and towns, you’ll enjoy the breathtaking view as you drive through the area. You can take a scenic supper in a bespoke glasshouse at the Todenham Manor Farm restaurant. Why not sample the best sparkling wine or Cotswolds Gold brandy at the Little Oak Vineyard.

After that you can visit its designated capital, Cirencester, on a guided walk to the New Brewery Arts Centre or the Corinium Museum.

If you’re seeking the most satisfactory road trip experience this summer, then you may consider Scotland. With its versatile scenery, welcoming towns and villages, and fun attractions, this country will give you memories to last you a lifetime. The conspicuous mountains of Glen Coe are a treat for avid nature lovers.
At the same time, the eastern coastline of Dunnottar Castle and the bonnie banks of Loch Lomond offer incredible culture and island views. Moreover, the North Coast 500 route offers you a pleasant drive along winding country tracks and breathtaking natural landscapes. What’s more, the Clyde Valley tourist route and Borders historic route are scenic routes to consider.

Your holiday trip list wouldn’t be complete without the Lake District, as it boasts of unique landscapes and glistening lakes. You may visit the impressive Lowther Castle for a beautiful picnic or appreciate nature’s power and beauty as you explore the Aira Force waterfall & Ullswater steamer. You may drive through the quaint town of Keswick for tasty meals or bike through the scenic Whinlatter Forest Park. Finally, if you’re a literature lover, you can visit the cottage of the famous poet William Wordsworth or enjoy a tasking hike to Scafell Pike, which is England’s highest mountain.

Few things sound more exciting than enjoying a weekend at a festival. Fortunately, the UK hosts fun-filled festivals in choice destinations for your pleasure. The Isle of Wight festival in September hosts top acts from Liam Gallagher and Tom Jones and offers unique boutique camping options for the ultimate experience.

You can also visit the Latitude Festival in Suffolk, held in July.
The Green Man Festival offers live comedy, music and theatre, and the outstanding natural beauty of Wales.
Thankfully, you  can pre book to arrange a camper van hire for festivals and other events, for the best camping experience.

If you’re looking for beautiful south west countryside, then Somerset is the place to go. This destination boasts of open marshlands, limestone gorges and rolling hills that make your visit a memorable one. You may drive through the scenic Mendip Hills for a relaxed feel while appreciating nature’s beauty, or over Exmoor to see the stunning views. Weston-Super-Mare offers a lively and bustling seaside town. The Grand Pier comprises various rides, attractions, cafes and restaurants to make your trip more enjoyable.

Where will you choose to holiday in 2021?

After three nights in Lakolk it was time to hitch up and head off, an early start was in order for our long tow across the Oresund Bridge and on to Malmö in Sweden.

We left Lakolk and towed East across Denmark and on to the road bridge crossings that join the two countries. The first toll we came to in Denmark set us back about £34 with our Adria and as we headed on to Oresund Bridge we were glad we had saved some money and paid for the toll online. This huge bridge had taken nine years to build in 1991 and cost us €116 to cross (this was peak season crossing price). There is the option of a ferry from Denmark to Sweden but this isn’t much cheaper and takes several hours longer.

Once over the bridge and into Sweden, our four hour tow was nearing an end. We easily found our campsite, First Camp Malmö, and we were keen to get to our pitch. The Malmö site was of a high standard and commanded a price of £50 a night, the most we would come to pay on the tour. We had a quiet night on the site and relaxed in the evening sun before an early night.

The following morning we were up early again ready for another long tow to Okno on the east coast. We towed on, admiring the Swedish scenery and looking forward to six nights by the waters edge. After travelling for several days we were looking forward to sitting out and relaxing. We arrived at First Camp Oknö around midday and were a little disappointed by its dilapidated appearance. We checked in a headed to pitch nineteen. The pitch was a good size and we drove nose in to pitch sideways, I could already see the water through the trees from the pitch and was very pleased with the location. We jumped out of the Ssangyong and started to unhitch and commence our setting up routine. It very quickly became apparent we had a problem, a blood sucking mosquito problem. Within seconds our bare legs were covered in the biggest mosquitoes we had ever seen. Even Fudge was under attack, his long snout had seven of the little critters sucking his blood. Hoping the problem would go away and maybe we had just disturbed them, we decided to go the the nearby town and purchase some food. We had heard Sweden was expensive but we weren’t quite ready for what lay ahead.

We arrived at the ICA supermarket and ventured in, we were astounded by the prices £10 for two chicken breasts, £6 for a ham salad. Needless to say we bought a few essentials in true Yorkshire fashion and left the store.

On arriving back at our pitch we were disappointed to find the mosquito situation was no better and we had to seek refuge inside the caravan. We both already had about ten throbbing itchy bites and it was dawning on us that six nights was maybe not going to be happening. We awoke the next morning and decided we would not be staying as the swarms of mosquitoes was unbearable, we had been eaten alive in the night.

We packed up as fast as we could and couldn’t tow away from Oknö quick enough, our new destination was Norrköping, one of Swedens largest cities. Another three hours on the road and we arrived at Norrköping Camping, a privately run site on the outskirts situated next to a lovely river.

The site had its own grass and pebble area at the waters edge and Fudge was soon to take full advantage of this. We set up again and were relieved that the bug situation was no longer. The sun was shining and we got out our chairs, put up the Maypole sun canopy, and relaxed. Over the coming days we had a relaxing time, the temperature crept up daily as the European heatwave struck. As the mercury hit over 30*c we started to think air-con would be a good addition for touring in Europe. The Adria hit 40*c inside and it wasn’t much cooler outside but we made the most of it and Fudge enjoyed swimming in the river each evening once it cooled down slightly.

After five unplanned nights at Norrköping we headed a short distance further North to First Camp Kolmården, located right on the Baltic Sea. We arrived at this somewhat remote site and received a warm welcome. Our pitch was compact but did afford an amazing seaview and no mosquitoes. We were pleased with our base for six nights and enjoyed exploring the site. The sea was a firm favourite for Fudge who dragged us down to the water twice a day. The heatwave had passed and temperatures were back to around 24*c, we enjoyed exploring the local area and the Troll Mountain.

Our time at Kolmarden passed by and we were soon on our way to First Camp, Karlstad, a large site situated on one of the worlds largest lakes, Lake Vanern. We arrived at the site on another sunny Swedish day and were very pleased with our large grass pitch that shared a water pitch with three other pitches. We were soon out on foot exploring the never ending path that ran around the lake edge. This site had a calm and welcoming feel and it was one of our favourites as we sat out enjoying the singing and entertainment from our pitch of an evening. Jules was especially excited when Casper Janebrink of Swedish band Arvingarna pitched up opposite us in a beautiful A Class Knaus motorhome.

Our time here quickly passed and we were soon on to the last two sites in Sweden, both on the West coast. The last site, First Camp Torekov, proved be be the best pitch and view of the whole trip, with an amazing sea view and no pitches next to us we enjoyed watching the sunset and the strong sea breeze. As the weather turned we decided a spot of Caravan and Motorhome viewing was in order and headed off to a dealership nearby. We were very excited when we stumbled across the Kabe Travel Master and Niesmann + Bischoff Flair.

So, that was it, our four weeks in Sweden were done and what a fantastic time we had both had. On the last morning we hitched up our Adria and looked out to sea with a tinge of sadness. Sweden had been quite a beautiful place and we had both had time to reflect on how dramatically our lives had changed in the past twelve months.

Off we towed to Denmark as we began our descent to Dusseldorf ready for the Caravan Salon. If you want to keep up to date with with what we are up to check out our homepage for all announcements.

Have a great weekend everyone! We are at home catching up on house jobs, lots of house jobs! 😊👍 https://t.co/UyC75fPkQ7
View on Twitter 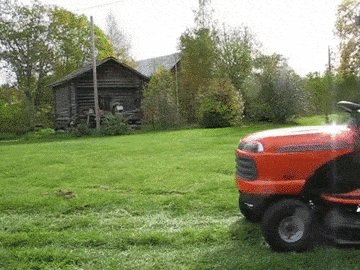 CONGRATULATIONS to @and_grandad Kevin and Jack who have won the @OutAndAboutLive digital magazine subscription! 👍 Well done! Thanks to everyone who entered. https://t.co/H2WwmkMO5g
View on Twitter 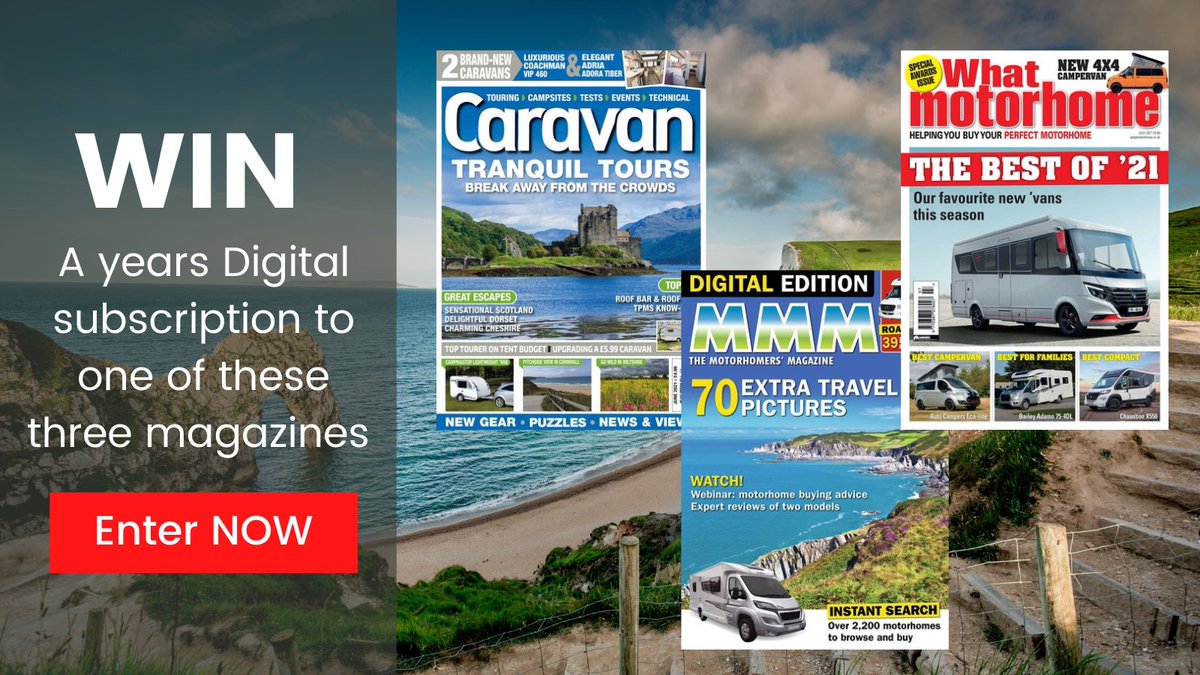 Here We Tow @here_we_tow
COMPETITION TIME! Would you like to win a years subscription to one of these 3 magazines? We have teamed up with @OutAndAboutLive for this giveaway. LIKE and RETWEET to enter, competition closes 8am Friday 4th June. Good luck and have a fantastic bank holiday Monday 😊👍 https://t.co/0x4NEpRpDw
1
33

Karina has travelled up to @SomersWoodCP alone with Fudge to do some solo motorhoming! All set up and ready to explore 😊👍 This is a beautiful touring park! https://t.co/MMmVVvKF7S
View on Twitter 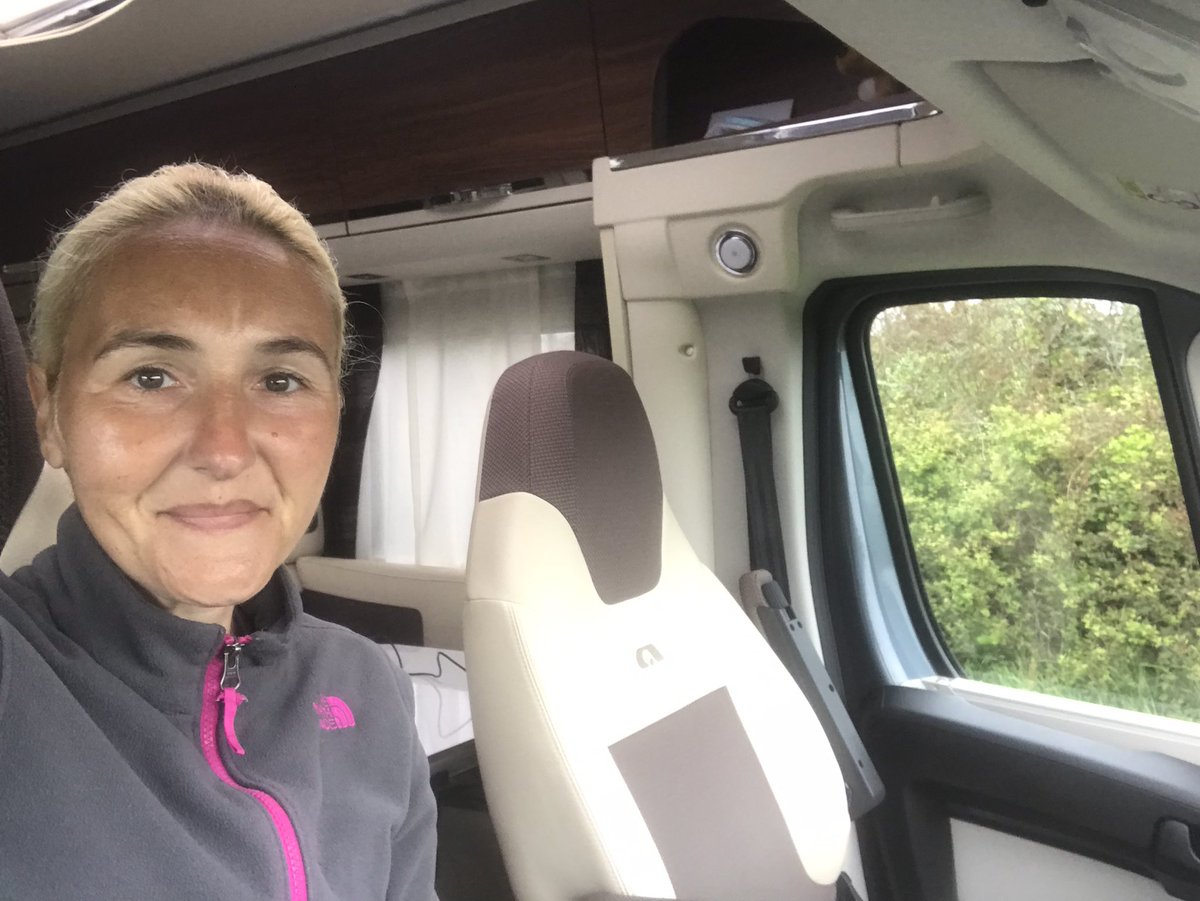